Explore the Great Wall of China

Like the ridges and notches of a dragon's spine, the Great Wall of China extends across the northern realms of the country, a symbol of power and strength, and testament to an incredible history. What were once the fortifications of the great Chinese dynasties, built with the blood, sweat and wisdom of ancestors, is now a national icon and continues to encapsulate the soul of the Chinese nation. 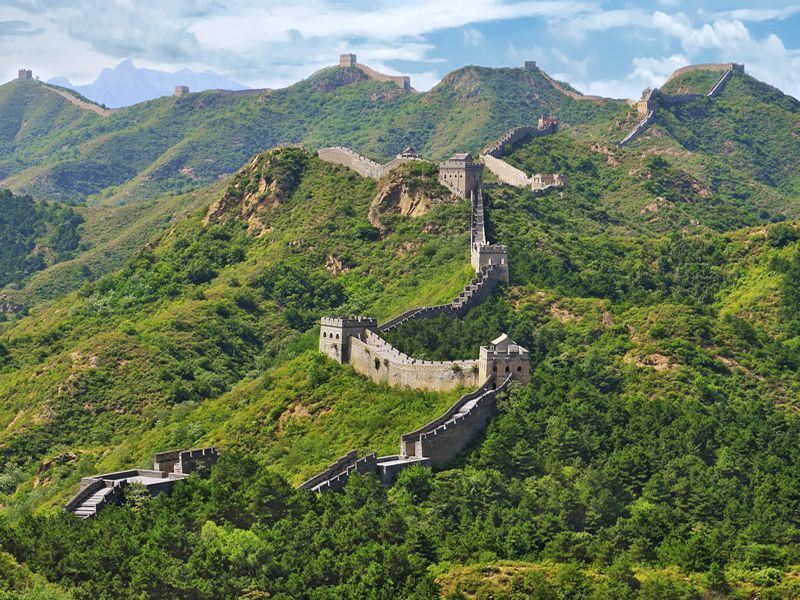 The wall is actually not one long continuous structure. It comprises many sections, some parallel to each other, built over the course of many eras spanning almost two thousand years. Two thousand years of building an incredible wall and an equally incredible history. All the sections ever built, if put together, would exceed the earth's circumference. Something so great, just has to be visited. The Great Wall has always been on my bucket list.

If you go to Beijing, you will go to the wall. You have to, its almost compulsory. Most tourists descend upon the section at Badaling, and although you will get to see those archetypal ramparts and watchtowers restored to their former glory, to do so you will have to compete with the droves of tourists, not to mention all the hawkers trying to convince you to don the garb of an emperor or empress for a photograph or purchase all manner of novelty souvenirs.

I opted to try and avoid the masses (and the fancy dress), having heard of a wonderful walk along the wall between a part called Jinshanling and another known as Simatai. It is a section of wall more authentic in its deterioration and beautiful in its remote mountain environment. Unlike many of the more rural sections of the wall, this one is easily accessible and largely intact. It is a little outside of Beijing and (the capital's notoriously bad traffic permitting) takes about three hours to reach by bus. I left the city early to get a head start and the views of the wall and the many towers disappearing into the misty morning mountains was my first unforgettable picture of the Great Wall of China, or as it is called in Mandarin “Chang Cheng”.

The hike is about 10km and it runs up and over the rugged landscape and along the sometimes crumbling fortifications, through guard towers and scaling mountains. It is a fairly challenging walk. At times you need to scramble up near vertical stone steps and over loose stones. A walk on the wall is definitely not a walk in the park, but as a defensive construction, it is not supposed to be easily surmounted. Good footwear is definitely recommended. There was at least one girl on my bus who I am sure would testify that high-heels are not such a good idea.

It provides a good example of the inhospitable terrains over which the wall was built and stirs the imagination into considering the feat of its construction. I was huffing and puffing just climbing it. Clearly I would have been no use whatsoever in Ming dynasty China (the time when much of these remaining parts of the wall were built). My bones would have been mixed in with the mortar by the end of the first day.

For they say that the wall is built on blood and bones for all those who gave and risked their lives in its realisation. China is a country of ancient stories and legends. And the Great Wall has inspired many. The most famous is that of Meng Jiang Nu who cried for her husband who gave his life in the construction of the Great Wall and whose body was subsequently entombed within it. Her tears were so many a part of the wall is said to have collapsed releasing the body of her husband. To me it felt like the souls of the past still exude from the crumbling stones today. I was very aware that I was walking an ancient path trodden many times before.

Unfortunately, once I reached Simatai I could go no further because this section is currently closed for reconstruction works, but when it reopens you can go further and of course the wall  goes on and on. But for me it was time to retrace my path back to Jinshanling and survey the middle kingdom from the Great Wall for the last time.

I had lived in China for almost a year, and to the Chinese visiting the Great Wall is believed to be like a right of passage. I felt I had now gained mine and seen for myself why The Great Wall still remains a symbol of a strong and industrious nation. As I had always dreamed I had conquered the Great Wall of China. Granted it was a very miniscule part of it, but still I went back to the capital to celebrate my victory with a plate of Peking Duck fit for an empress.

More information and to book: There is a wide variety of things to see and do whilst staying in China, from the Yangtze River and the Great Wall of China to the domed mountains of Guilin and the Forbidden City. Take a look at our escorted tours of China.