Top 10 Things to Do in Thailand

Thailand is a charming mix-up. It is a country of paradoxes, of oddly-shaped jigsaw pieces that shouldn’t fit together and yet somehow do, creating a picture of a place that seems at once real and imaginary.

Bangkok’s reputation as the 'decadent playground of the East' is tempered by its many shrines and holy sites. Its saffron-robed Buddhist monks pad barefoot past dubious clubs and casinos and the frantic and congested streets give way to canals, or khlongs, where traditional long tail boats float languorously by. The Thai people stand with one foot in the future, looking always towards reform and growth and one foot in the past, fiercely proud of their heritage and distinctive culture. Here are the top 10 things to do in Thailand that you don’t want to miss. 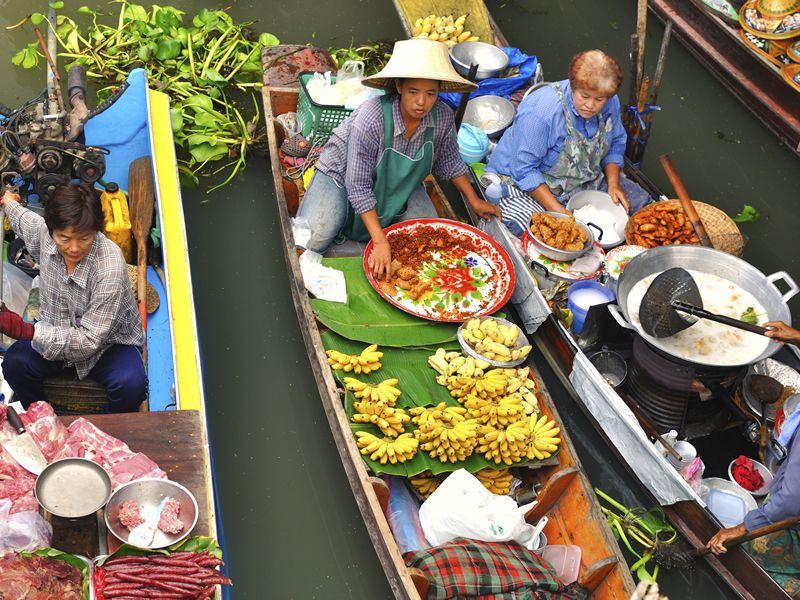 10. Visit the Grand Palace, Bangkok
The official residence of the Kings of Siam since the late 18th century, the famous Grand Palace is an architectural wonder that will take your breath away. Said to be even more decadent than Louis XIV’s Versaille, this neo-classical spectacle houses the legendary Emerald Buddha. 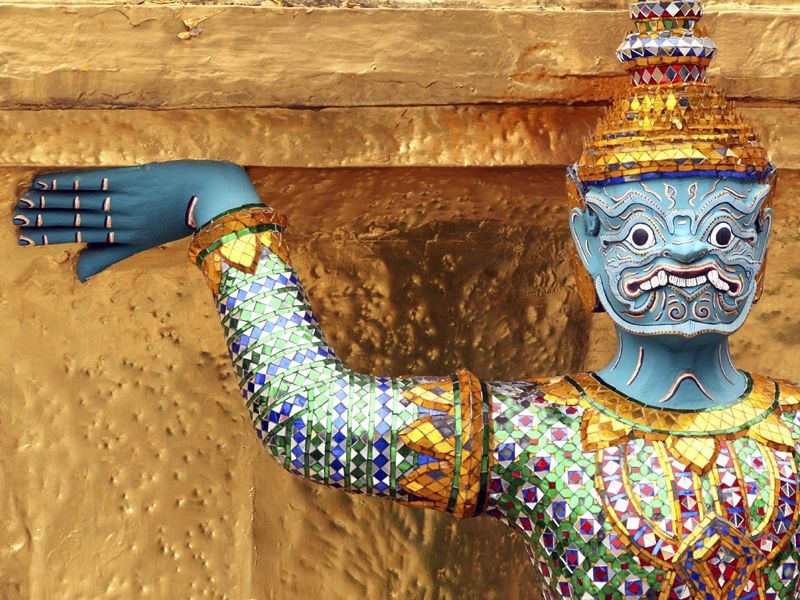 9. Elephant sanctuary, Chiang Mai and Bangkok
There are various elephant sanctuaries in Thailand but two of the most prominent are the Elephant Nature Park in Chang Mai and the Elephant Sanctuary near Bangkok - both reputable rescue and rehabilitation centers. Be a responsible tourist and spend a day taking an elephant for a walk, giving him a bath and learning all about protecting elephants in the wild - and avoid at all costs any 'sanctuaries' that are not responsible.

8. See Wat Pho temple, Bangkok
Wat Pho temple is also referred to as the Temple of the Reclining Buddha. Aside from the magnificent gold reclining Buddha statue dominating the interior of the temple, Wat Pho is also famous for being the oldest temple in Bangkok and the birthplace of traditional Thai massage.

7. Journey aboard the Thai-Burmese Railway
The Thai-Burmese Railway was borne out of the unimaginable human suffering of allied POWs and Asian labourers during World War 2. This anguish is hard to imagine as you take a trip through the tropical, lush scenery, crossing the River Kwai and picturesque viaduct at Tham Krasae on your return journey.

6. Rediscovery of Ayutthaya Historical Park
A UNESCO World Heritage site, Ayutthaya was once the capital of Thailand. Here crumbling spires and towers are peppered with massive statues of Buddha lending the historical park an air of mystery and significance. Be prepared to spend a whole day.

5. Wiang Kum Kam, Chiang Mai
A visit to a buried city may seem like more hassle than it’s worth but the people of Thailand have been helpfully excavating the site of Wiang Kum Kam since the 1980's. The best way to get around this ancient archaeological spectacle is by bike, tram or, excitingly, pony.

4. Get back to basics in Mae Kampong with the North Hill Tribe, Chiang Mai
Many Thai’s in the north of the country still live as their ancestors did, in wooden houses in the hills making a living from picking tea. Traditional home stays welcome tourists for a visit, sharing their hospitality and customs for a minimal charge.

3. Floating Markets, Kanchanaburi
Damnoen Saduak Floating Market in is a sight to behold. Hundreds of vendors sell their goods in the traditional way, from a seated position in a small boat floating nonchalantly up and down a canal.

2. Lounge on Maya Beach, Krabi
Imagine the perfect beach. The azure sea gently laps against white caster sugar sands that stretch off into the distance, framed by magnificent limestone hills. This is Maya Beach on Koh Phi Phi island in the Andaman Sea, famously used as the location of 2000 film The Beach.

1. Angthong Marine National Park, Koh Samui
An expansive archipelago of over forty emerald islands dotted around the turquoise waters off the coast of the Cerulean Sea, Angthong Marine National Park is the pearl in the oyster of Thai beach-life. Take an inexpensive boat trip around the islands but be sure to go snorkeling to take a peek at what goes on beneath the water’s surface.